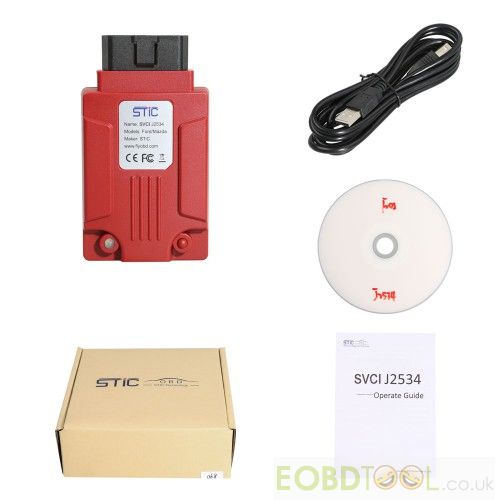 3). Getting IDSFord and IDSMazda software from CD that the seller sends to you (Maybe it is old version software)

Q3: What OEM IDSFord and IDSMazda software version are supported by SVCI J2534?
A3: SVCI J2534 supports the software that is sychronous update with official software of Ford and Mazda.  Ford or mazda officially updates a large version every time.

Q4: Can SVCI J2534 be compatible with others software except OEM IDSFord and IDSMazda software?
A4: SVCI J2534 is a ford and Mazda special diagnostic tools, but it’s also compatible with FDRS, techstream (TIS) and forscan software.

Q6: How to use FVDI J2534 diagnostic tool?
A6: Step 1: After installing the software, connect SVCI J2534 to computer via USB cable and connect to your vehicle via SVIC J2534 OBD interface.
Step 2: Load IDS software from svci-j2534-for-ford/mazda quickloader.
Note: The first time the software is loaded and it asks you to fill in some information, which can be filled in anything that you want.
Finally, the IDS software is loaded and then you can operate the IDS software to communication with your vehicles.

Q7: How to upgrade SVCI J2534 quickloader software or firmware?
A7: There are two methods to update software and firmware: online upgrade and offline upgrade.

1). Upgrade online:
If you have SVCI J2534 quickloader or firmware to update, when you load IDS software from quickloader software and exit IDS for one minute, there will be pop an upgrade prompt, and then follow the upgrade prompt to operate.

2).Offline update:
If there have quickloader software update, you can download it on download page from our website, and install it directly.  If you want to upgrade firmware offline, please contact your seller or us for help.

3.Vehicle coverage
Q: Which car models are supported by SVCI J2534? What function can do?
A: SVCI J2534 supports all the models and years of FORD and MAZDA.
It can also cover all the functions of OEM IDSFord and IDSMazda software, and replace the genuine VCM II tools.