First of all, check the table comparison here:

VCM is the first generation VCM. VCM for JLR HQ will program keys. But it
worked on older models and currently SDD goes to V135.

3. JLR Mangoose SDD cable and DA-VINA both are J3524 based
pass-thru that mainly carry out diagnostic function, cannot do programming.

For jaguar and landrover, it can
only do after 2005 year. It will ask for pin code for ford cars before 2009
when you do key programming. After 2010, it do not need pin code. 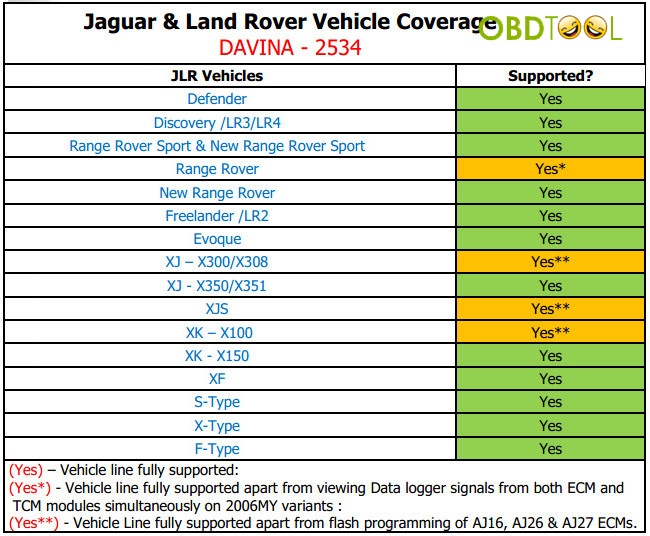 This is from obd tool website technical support: What VCI choose for Jaguar & Landrover?