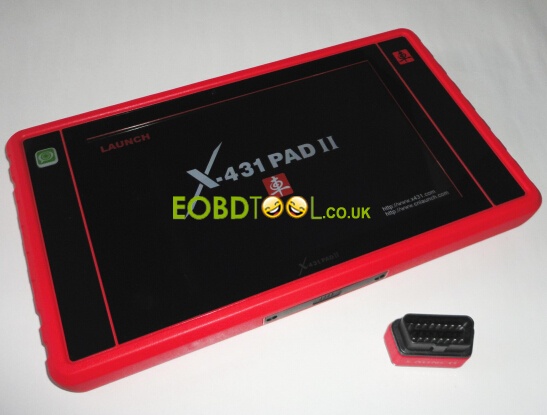 It managed to diagnose codes for implausible rear wheel speed sensors on a 2009 Toyota Prius. After traveling at a speed of 25 mph, the ABS/traction control light would come on. Once this occurred, the vehicle was not able to travel above 40 mph. With the Pad II, Huynh graphed data stream on all four wheel-speed signals, which confirmed smooth data for acceleration and deceleration. According to Huynh, “This indicated that signals generated from all four wheels were in healthy condition.” This gave the reviewers confidence to replace the skid control electronic control unit (ECU), which fixed the issue.

The car was with a damaged engine control module (ECM). And this Pad II was able to perform powertrain control module (PCM) replacement under the immobilizer menu and write the correct VIN to PCM under the engine’s special functions menu. Huynh says, “This worked better than the factory Honda HDS because the Pad II was able to perform the task without asking the PCM for a password.

After having been parked for a few months, the ignition would turn on, but the engine wouldn’t turn over. The BMW was pulling digital motor electronics (DME) / electronic drive-away protection (EWS) manipulation codes. Huynh says, “Using the Pad II, we connected to the vehicle and under ‘Engine/Special Functions.’ We performed DME/EWS alignment and the vehicle fired right up.”