As we know, Lonsdor K518 Menus are divided into two parts: free menus and subscribed menus.

1. Free menus are free for lifetime.

2. Subscribed menus can be used for free for one year.

You need to pay for Lonsdor K518ISE One Year Update Subscription (For Some Important Update Only) after 180 Days Trial Period.

If you have paid for an additional 1-year renewal package, the subscription time will be automatically extended accordingly.

-For old K518 users:
All K518 subscription (Update) prices save 20% off based on the original price. 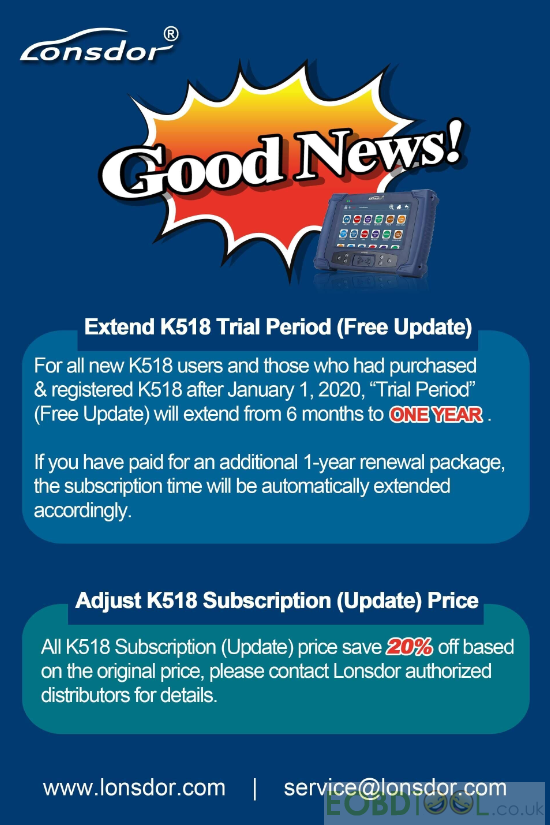