Launch X431V+ comes with better hardware configuration than X431 V pro, and it supports more car models. Besides that, it also works with HD3 truck module while x431v 8 inch cannot.

Review 1: Tons of coding/programming features
I’ve had this launch x431 pro scan tool for a little less than a week. I have used it on multiple cars already and am thoroughly impressed with it’s capabilities. As a small used car dealer that performs all repairs/reconditioning myself, this tool will pay for itself quickly by not having to take cars to dealers for certain functions. For example, I had an airbag light on a 2014 Mazda CX9. The passenger seat needed the occupancy module re-calibrated. In the past, I’ve had to bring this into dealers and pay at least $200 for such a simple process. The scan tool was able to re-calibrate the module with ease. I cant wait to continue using this product. 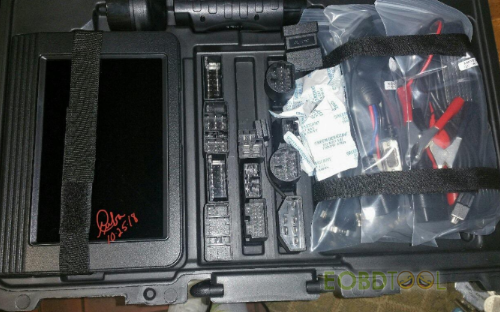 Review 2: Received quickly and complete. Great modern day tool
X431v 8inch scanner was very well packaged and was received in a couple of days. Very complete product and on-line activation with a high speed internet connection were easy. Checked both cars I have, 2009 Sonata and 2004 Suburban with the scanner and became familiar with the many OBD2 capabilities this device provides. Last month I had to change out an 02 sensor on the Sonata with only my Innovia Scanner and an ohmmeter to determine the faulty component. If I had this scanner it would have been a few minutes to identify the issue without laying under the car. Have always been able to diagnose car problems pre OBD2. But have to admit I lost that skill with ECM’s. Looking forward to being able to diagnose again. Also I did a reset of the Suburban heater controls and stopped the clicking of the high temp drivers side control. I was also able to read the ethanol content of the gas that had set the check engine light but it cleared itself. Most importantly I repaired the Sonata for $75 after getting a $300 quote from local repair shops. This tool will pay for itself very quickly, and I am a retired person.

Review 1: Good quality and a lot of functionality
I bought this x431v+ mainly for HD module and capability, but haven’t been able to use that yet. I’ve tried it out on the few vehicles I own and our 2018 Ford service truck. I was able to do relative compression test and view cylinder contributions inside the Powerstroke ECM. It’s nice to have the capability of something that new. I have a professional scan tool for automotive use along side this, and the capabilities seem to be on par, if not even slightly better. I will say that this is considered to be a “grey market import”, and not a clone, as some have thought. Just to see what would happen, I contacted LeoGlobal about registering this product, and they responded to me fairly quickly. I also contacted Launch China, who responded fairly quickly as well. You have to understand that this is a tool that was to be sold in the Chinese market. That’s why Launch Tech USA calls it a clone because this is competition being sold in their market. Either way, I wouldn’t hesitate to buy this again. It’s functionality vs. the cost of the tool make it well worth the investment. 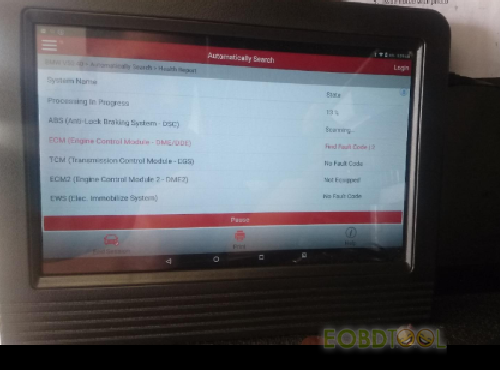 Review 2: Worth every penny!
The LAUNCH X431 pro3 is worth every penny. Pre scan and post scans are crucial to identify which parts or systems need to be repaired or replaced for collision work. The product pays for itself in 10 jobs. It has a user friendly interface, updates often, and has as many features as an iPad, or the like. I highly recommend it.

Choose the one you like depends on your need!