With the newly designed adapter- Lonsdor Super ADP 8A/4A Adapter, Lonsdor K518ISE/K518S key programmer can do smart key programming for more than 90% of Toyota/Lexus 8A/4A cars, especially from the year 2017 to 2021 without PIN and Toyota AKL license. 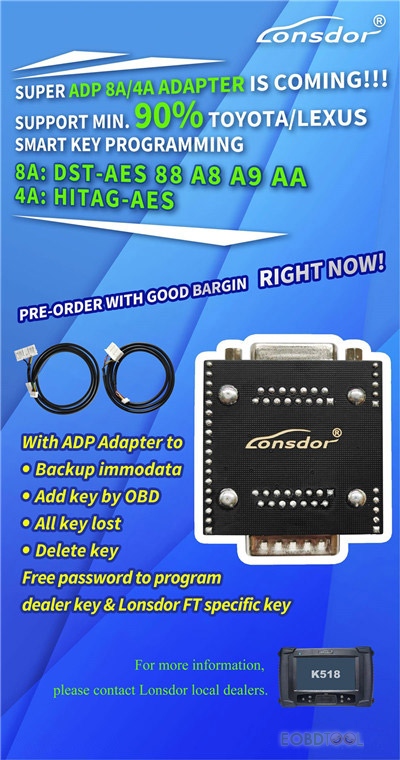 The following Toyota/Lexus car models could not be supported by K518ise key programmer before, now they can be done with this new Lonsdor adapter.

Just follow the instructions on the screen to add new key or do all keys lost.

After backing up the data, go to make the new key directly.

After backing up the data, go to generate the simulated key, then light the instrument, finally add the key.