Hi guys,
Like some of you I was interested in some Allscanner products:
–VXDIAG VCX nano for Ford & Mazda 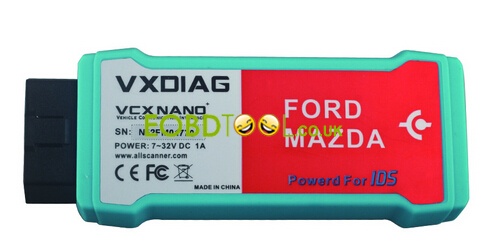 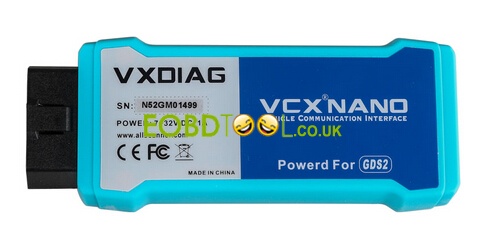 I did not find any reviews of these tool on the web. I saw some selling pitch from george0306 who works for Allscanner who was claiming the potential of the tools so I went ahead and purchased them.

It’s been over a month now that I have both adapters and had time to play around a bit with them and I must say i’m not very impressed about the Ford & Mazda one. I’m a bit more positive about the GM unit even if it’s not perfect.

Now you could stop reading here or keep going and find out what’s the problem with these adapters.

FIRST : PACKAGING
When I got these tools I bought from China, I was at first impressed by the quality of the packaging. Great quality box, long USB cable (yeah I purchased the usb version). All looked very professional.

after a week one of the usb cable went loose and the seller was kind enough for replacing it for free , I got it in less than 2 weeks from china.

2ND : SOFTWARES
Both tools came with software CDs including GDS2, Tech2win, Mazda IDS and Ford IDS. I was pretty happy with it, they all installed flawlessly.

-BUT…. Ford VM need the host machine to be in Bejing time zone in order to work…. that’s a bit frustrating to me as I need to change my time zone in host machine every time I want to use Ford IDS VM… even more, they installed a time freezing app on this one without installing the vcx nano driver so EVERYTIME you boot this VM , you need to install the vcx nano driver in order to use it… annoying. I tried others Ford IDS version on this forum, which worked better.

still 3 out of 4 software running great, I was pleased.

3RD : VEHICULE DIAGNOSTIC (what really matter)
The first vehicle I hooked up was a 2004 chevy cavalier running tech2win. The car was recognized by the software and I was able to read codes, live data, activate special functions. First good impression.
Then I decided to push a little more and I tried reprogramming a 2006 chevy trailblazer using tis2000. All went well.
Then I went back to the 2004 chevy cavalier and also tried to replace and reprogram the PCM with tis2000. First attempt failed, so did the 2nd attempt, the 3rd and even more

Since then, I played a bit with tech2win software (since I don’t have many 2013+ GM car on hand to try GDS2) and I must admit 80% of what I tried worked. This leave me a 20% of fail attempt. If you use the tool to play with your personal car that may be fine but working professionally on client cars, I can’t deal with a 80% working tool.

The worst is still to come.

Ford & Mazda IDSs
First, attempts, connect to a 2005 Ford Five Hundred :  the car is recognized
next step, relative compression test :  . right after the 10sec crank screen appear it fails right away saying something about the key was turned off. So did the power balance test.

I tried the provided software on CD & another version uploaded here by another user. None of them worked.

I then pushed my luck trying to reprogramm using IDS reprogramming DVD…  all the 3 cars I tried FAILED
George is claiming the using FMP on the web is working, I didn’t tried…

I must admit George’s service is pretty good. He logged in my PC using teamviewer 2 times and he tried a few thing. Still it’s not working.
CONCLUSION :

GM VCX NANO:
If you want to play around with your personal car–> definitely ok
If you need it professionally–> better not

FORD & MAZDA VCX NANO:
If you need to read codes and live data–> yes
ANYTHING ELSE–> i don’t think so

It’s a customer review from http://mhhauto.com/