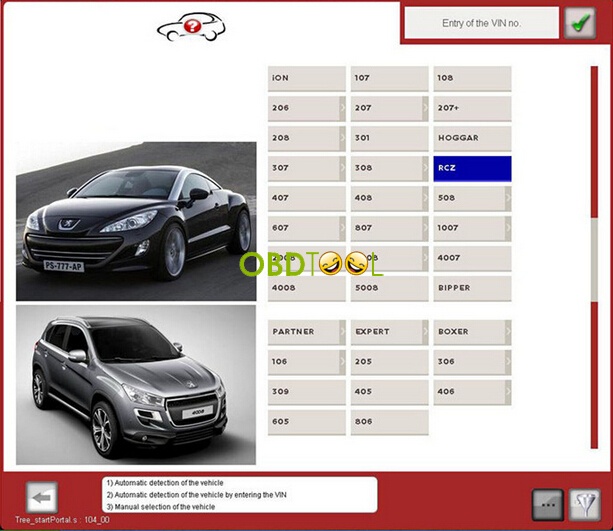 Problem:  non-starting problem that I cant get to the bottom of, turned over fine, but wouldn’t start.

1. I have carried out the BSI reset procedure following Capncol’s instructions to the letter. (I’ve probably done this a dozen times now!)

2. I have made sure the battery is in good condition. It’s been fully charged and tested – all good.

3. I decided to buy a Lexia 3 diagbox with Peugeot Planet 2000. I’ve run the diagnostic several times and it appears to talk to all of the ECU’s with no faults coming up. (This surprised me a bit to be honest!).

4. I’ve done a visual check on the wiring loom, particularly under the air filter as I’d read that there was a section prone to corroding wires under there. All look fine, but I haven’t checked each wire for resistance yet.

5. I’ve checked all fuses with a meter and all are fine.

8. Whilst the plugs were out, I did a compression test. Cylinder 1 (gearbox end) was a little low compared to the others, but a little bit of oil down the plug hole and a retest saw it come up, so probably needs a set of rings at some stage.

9. Fuel pressure seems OK. After cranking I checked the little bleed valve on the fuel rail and it squirted all over me!! I also removed the rear seat and I can hear the fuel pump operating.

10. Again using the actuator test on PP2000, I checked the injectors one by one. I can hear all clicking during the test, BUT there is no smell of fuel with the plugs removed, which I was expecting there would be?

11. I removed the crank sensor to check for damage / debris, but it was clean and undamaged.

I’ve managed to get hold of a kit from a donor car consisting of bsi/ecu/key/barrel/transponder/door locks & fuel cap.. Both bsi and ecu have exact same part numbers to my original ones.. I’ve also bought the pp2000/lexiadiagnostics equipment to.. Capncol is there a specific procedure to changing these items as i dont want to ruin the chances of this curing my problem.

great news! Well done on the fix and well spotted  looks like we both had a result last night as i changed my crank position sensor and she fired straight up!! I did think it could of been that from the start due to there being no spark or injectors spraying but as there was no fault codes being brought up i basically over looked it: /