This post starts with the issue that Mercedes Benz S-class S600 2007 crank and no start. Then according to days’ test and the guide of an experienced technician, finally fixed the problem. 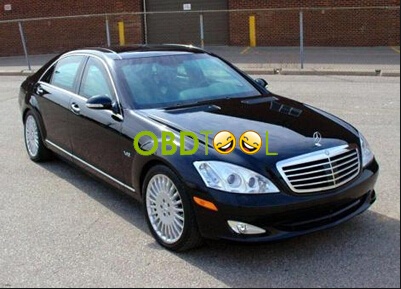 What is the mileage on the vehicle?

Recently it started having intermittent starting issues. I believe there is an issue with the throttle body, as the throttle angle reads 8.6 degrees with my foot off the throttle (acceptable range per my scanner is 0-2.4 I believe).

My main question is can the electronic throttle body issue cause a no start condition on this car?

What I tried to test/check and what I found?

I’ve eliminated spark from the equation by spraying starter fluid directly in the TB and it starts. I removed the fuel pump and bench tested it, it runs correctly.

I’ve tested injector pulse at the injector connectors, they seem to be working correctly. I’ve also changed the crank position sensor just as preventative maintenance and to rule it out as a possible culprit.

Benz diagnostic scanner I have:

I have a Maxidas DS708 (€735.00) available to scan any system, so if anyone needs a specific reading to help with diagnostics, I’d be happy to rescan the car. A few other things I’ve checked, cam position hall sensor is reading correctly, crank speed is reading correctly, batteries are both fully charged and crank is strong. 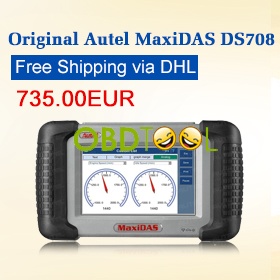 The reason I don’t take the car to the authorized dealer and get a diagnosis because this issue does not show up on MB star computer.

MB Tech called today, he’s chasing a transmission code as the possible issue, I have it written down at my shop but it’s basically saying the torque converter is locked, which could be causing the engine not to get enough RPM on cranking to signal the injectors to fire.

As a favor he’s unbolting the torque converter and trying to start the engine tomorrow so I don’t have to tow it back to my shop and do what’ll probably take 20min of time. I’m not looking forward to pulling the trans to swap TCCs but if I can get a definite answer, it’d probably be the happiest trans swap I’ve ever done lol.

Professional advice from an experienced technician:

Here was my post: months ago the car wouldn’t start (in one out of four tries). The starting got progressively worse.

I replaced the crank shaft sensor to no avail. The mechanic tested the fuel pump and it was good to go. He replaced the Fuel Pump Relay (A 002 542 13 19) and it worked perfectly.

Final Update: It’s running again, turned out there was a burnt wire in the front SAM in the z-pack, it wasn’t fully burnt so it was giving about 3.5V to several powertrain components including the injectors and theignition module. (which is likely what I was seeing with the injectors, and why it only sputtered on starter fluid).

The tech cleaned off the wire and made a clean connection, it starts and runs every time now. As a precaution, I’m going to be replacing the ignition module since he believes it’s drawing too much amperage which is what caused the burnt wire in the first place. At this point, I’m inclined to believe what he says.

He told me he had ~8-9hrs in diagnostics in it, but only charged me for 5hrs at $100/hr so I was out for $500 which I can’t say is all that bad considering how confused I was when I brought it to them. Kudos to the team at Mercedes Benz of Rochester (NY) for getting her running again!

This is from OBD2 Diagnostic Tool website technical support